The Vargem Grande site maintenance personel wanted to increase the service life of the lagging on a number of non-drive pulleys installed on a belt turn over conveyor. See FIG #1.

Severe localised belt wear was evident in as little as three months and the cost of conveyor downtime to replace the worn lagging was a serious problem. See FIG #2 & #3 below. 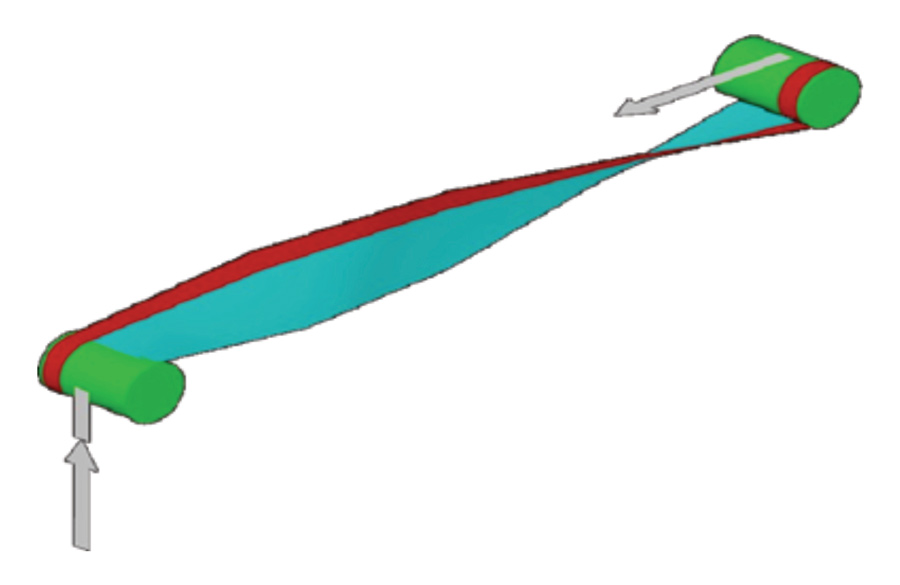 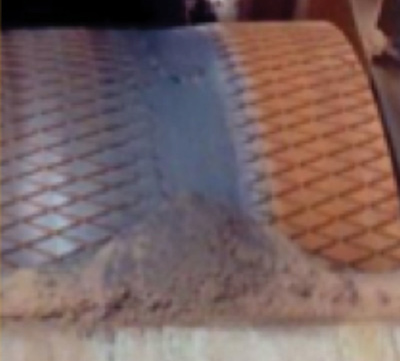 Initial attempts to address this problem by installing ceramic lagging in the high-wear areas fixed the lagging wear but transferred the high wear to the bottom belt cover. The steel cord ST3500 belt is a far more expensive component than the pulley lagging so the use of ceramic lagging was not a viable option. See FIG #4, #5 & #6.

Vale were looking for a lagging solution that would extend the service life past that of the rubber lagging and that wouldn’t cause wear on the conveyor belt covers. The Elastotec Polyurethane (PU) lagging was evaluated and considered a possible solution to this problem.

Two factors made the PU lagging an interesting option to increase the lagging service life:

A decision was made to trial the PU lagging on two non-drive pulleys, each having a diameter of 1250mm and a face width of 1600mm. Elastotec supplied 12mm diamond PU lagging in strips to suit the pulley face width. The PU lagging can also be supplied in rolls up to 85 metres long, but in this case strips were preferred. See FIG #7.

Elastotec supplied the PU lagging for both pulleys in December 2014. The lagging was manufactured with the Elastotec buffed CN bonding layer for cold vulcanised application. Metso applied the PU lagging onto the pulleys and in April 2015 the two pulleys were put into service. See FIG #8 & #9.

As of November 2019 these pulleys are still operating and show very little sign of wear. The PU lagging provided a service life increase of more than four years greater than the previous rubber lagging.

Based on this result Vale is adding the Elastotec PU lagging to their general specification for all pulley applications with this type of operating conditions.

An additional benefit to the longer service life provided by the PU lagging has been the effect on the bottom cover of the steel cord belt where no additional wear has been observed. Given the high cost of steel cord belts this is possibly a greater cost saving than the extended life of the lagging.

Elastotec has been able to provide a solution to Vale’s lagging service life problems and sees this as an integral part of their role in helping their customers reduce conveyor operating costs and improve production performance. 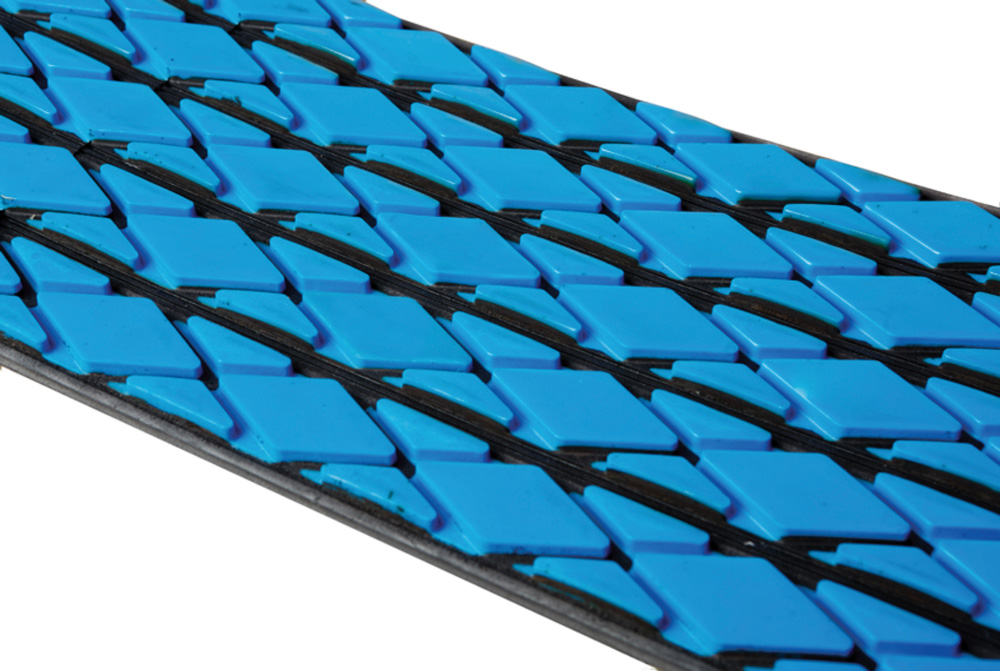 For additional information on the application of PU lagging please contact: